Archipelacon - a long summary! With pictures! Most of them terrible!

I will do my blog post about Archipelacon in English, as it might be of interest to readers from different nations. I might start doing this as a regular feature, too, as the number of translations of Maresi increase and as the publication date for the English translation approaches.

I am fairly new to fandom. I have attended a couple of Finncons, a Swecon, a Rasecon and have had the honor of being the Guest of Honour at Fantastik in Turku last year. But as a whole, I haven't really "gotten" the idea of cons and fandom.

My husband and I arrived in Mariehamn on Friday, so we missed a day and a half of the con, but there are only so many nights one can dump one's offspring on a babysitting Grandma. After checking into the hotel we registred at the con, and then I changed venues to the library, where there was programming open for all during all (?) of the con. We recorded an episode of Fantastisk Podd live - "we" being me, Mia Franck, Kristina Hård, Karin Tidbeck and Jenny Wiik. We talked about islands and closed spaces (as we were on an island it seemed appropriate) and at least to us panelists the discussion was interesting. The audience seemed content, too.

Then we stayed on to listen to Sara Bergmark Elfgren and Mats Strandberg talking about the process of turning the book Cirkeln (The Circle) into a full-length movie. Very interesting!

After that we had dinner with some of my friends, both ones living in Mariehamn and ones attending the con. We had a great evening, and I was repeatedly and accidentally but hilariously insulted by a very sweet waiter who had his first day on the job. I tipped him extra for that. I attended the pool party (husband went to bed, which he later regretted, as our room looked out over the pool, and before the party closed he had no way of getting any sleep...) and a good time was had. So good that I overslept and missed breakfast the next day, in order to make it to the first panel I was on. 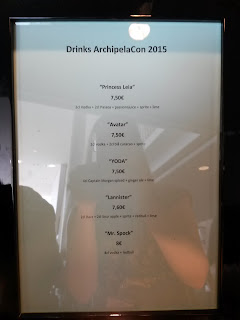 On Saturday we got into the con-groove properly, and I started seeing what the fuss is all about. I met so many friends from online and from previous cons. I listened to interesting panels (including an episode viewing with GoH George RR Martin, whith a Q&A after). Oh and yes, I participated in a panel about trolls, with wonderful GoH Johanna Sinisalo, Petri Hiltunen and Kristina Hård. I was told afterwards by several people that it was one of the most interesting panels of the con, so I am happy we did a good job! I think one of the reasons people liked it was that we all had slightly different takes on trolls in our work, but also all had done our research and knew a bit about the history. I myslef learned some new and interesting stuff. Later in the day I did a reading from Maresi in English which went well.

What was very cool was that even though I didn't have a signing or anything like that, many people came up to me and asked me to sign books, and I even got to sign the magazine Finnish Weird in which I have a short story in English. Everyone was so kind and had such nice things to say about my books that I was floating on clouds. I was especially happy about the young men who came up to me and said they like my work - take that everyone who thinks books written by women about girls/women are of no interest to male readers!

I myself got interested in Gaie Sebolds Babylon Steel-books after hearing her at the Sexy times in SF and Fantasy-panel, and was lucky enough to find two of the books at the flea market. I got them signed, yay!

And apart from the panels, and the funny masquerade (which was OWNED by a tiny pirate totally in character) there was the AWESOME Brotherhood without Banners pool-party in the evening, where I got to hang out with so many lovely and cool people, and there was unspeakable karaoke (probably on youtube somewhere if you dare go look), and there was a raffle, and I won a GoT t-shirt hand printed by GoH Parris McBride (wife of George RR Martin). It cannot be purchased anywhere. It has the House Targaryen motto. It is awesome. And huge. 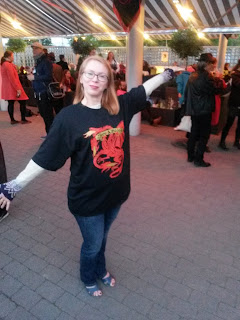 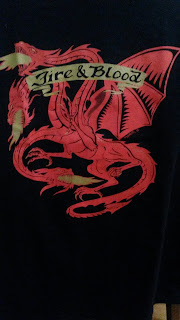 When you used the bathroom during the party you had to go in to the "normal" bar where all the "normal" people were. And I got the strongest sensation that these people, the people at the con, they are my people. For someone who's never been to a con, I could liken it to a book fair: there are panels and interviews, some of them about literature, others about movies or comics or other SF/fantasy-related stuff. And there are vendors, and parties, just like at a book fair. Yet it is nothing like a book fair. Because there is no prestige. Everyone is on equal footing; we're all fans. It's not about selling stuff, It's about celebrating stuff. And that makes all the difference.

Sunday, the last day of the con, was, according to my husband the best day. We listened to more panels, and bought pralines from Mercedes Chocolatier (if you're ever in Mariehamn you must have some, they're divine), and I felt a bit burned out so in between panels I chilled out on the balcony of our hotel room with the chocolates and Babylon Steel. I thoroughly enjoyed the A World of Ice and Fire-panel with GoH GRRM and Linda Aronsson and Elio M. Garcia Jr. It was especially interesting to me as a fantasy writer, as it gave me some insights into how GRRM approaches his world building. I would have bought the book, but it was sold out in English.

Then there was the bittersweet closing ceremony, after which hubby and I chilled out in our hotel room, skyped with the kid back home and then got ready for the Dead Dog Party, which again was great, but we went to bed at a sensible hour. I got som great news, but I don't know if they're public yet, so I'll share as soon as I can ;-) 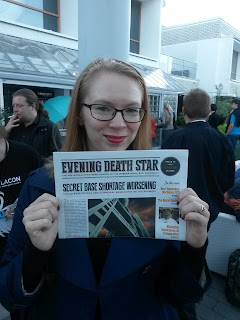 The next day we strolled around Mariehamn, had lunch, bought books and some souvenirs and then made our way to the ferry, where we mostly relaxed in the cabin, Cons are fun but leave introverts like us completely exhausted! I also got an email with more good news, to be announced soon! At ten at night I got to hug my son and thank my mom for babysitting, and then crawl into my very own bed with a sprig of lilac on my nightstand for that summer smell.

Now the con bug has bitten us both, I am afraid, Worldcon 2017 to Helsinki, please!
Cheryl Morgan has a great recap of the con on her blog, and she writes "Finnish fandom can do anything, it seems". I second that! My heartfelt thanks to the organizers, the guests and all the members of Archipelacon who made this such a wonderful experience!
Upplagd av Maria Turtschaninoff kl. 13:26 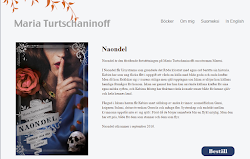 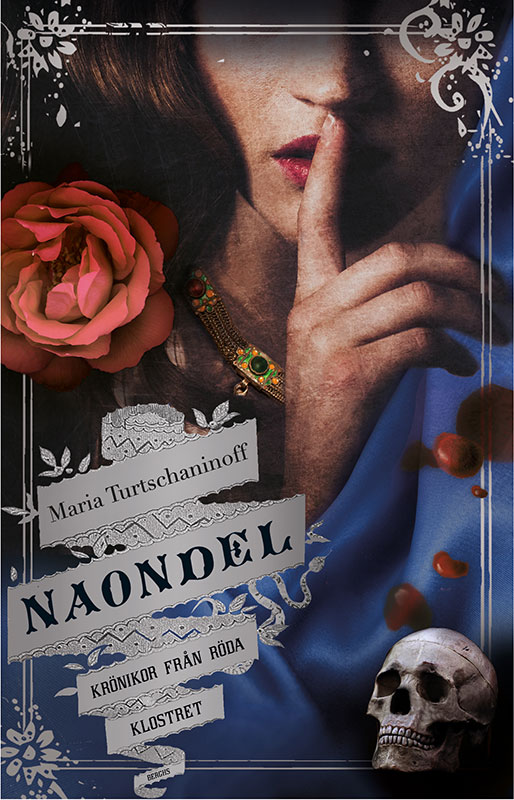 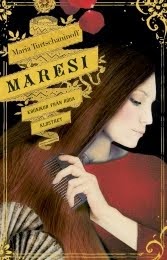 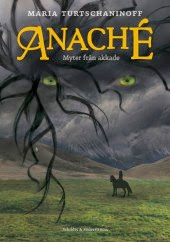 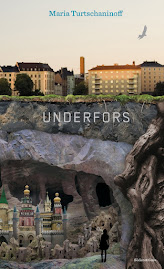 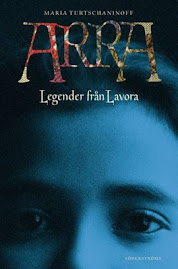 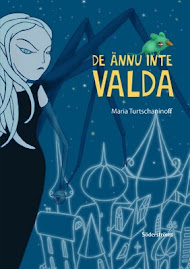 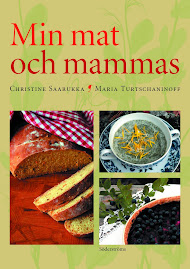